There are so many Champions in League of Legends: Wild Rift that it can sometimes feel a bit overwhelming. We’d hate for you to feel overwhelmed though, so we thought we’d write some guides that zeroed in on what makes the different fighters tick. Here we’re going to take a deep dive into everything you need to know about Darius.

Darius is a fighter class champion with a massive axe, spiky armour and a super cool scar over his eye. You’ll usually find him in the Baron Lane, doing massive amounts of damage to anything that gets in his way. And looking cool with his cool eye-scar.

In terms of damage, you’d be hard pressed to find a champion that does more. Darius is great at bullying his lane, and he’s an absolute beast in the early stages of the game. He isn’t the most mobile though, which can leave him vulnerable to kiting and getting ganged up on. Now let’s take a closer look at how you can use Darius to dominate the League of Legends: Wild Rift battlefield.

Hemorrhage is one of the most important tools in Darius’s arsenal. It’s triggered by Darius’s auto-attack and makes foes bleed, delivering DPS while the effect is in play. It can also stack up to five times.

On the fifth stack, it activates Noxian Might. This gives Darius extra damage, as well as applying the full stack of hemorrhage on each hit. Learning to use Hemorrhage and Noxian Might is super important if you want to ace playing as Darius.

A circular attack that delivers physical damage around Darius. Foes at the edge of the circle will take the full brunt of the attack, healing Darius and applying hemorrhage. If you’re in Noxian Might, you’ll apply the full stack of hemorrhage.

There’s a slight delay in casting Decimate, so you need to work on your timing, and pair it with your other moves to make the most out of it.

A powerful attack with a number of bonus effects. For one thing it’s an auto-attack reset, which means you’ll fire out another attack straight after. That attack will also deal extra damage. Crippling Strike slows down your opponent too.

If you kill an enemy with Crippling Strike you’ll half its cooldown time and get the mana you spent refunded as well. That makes it a super useful farming tool as well. 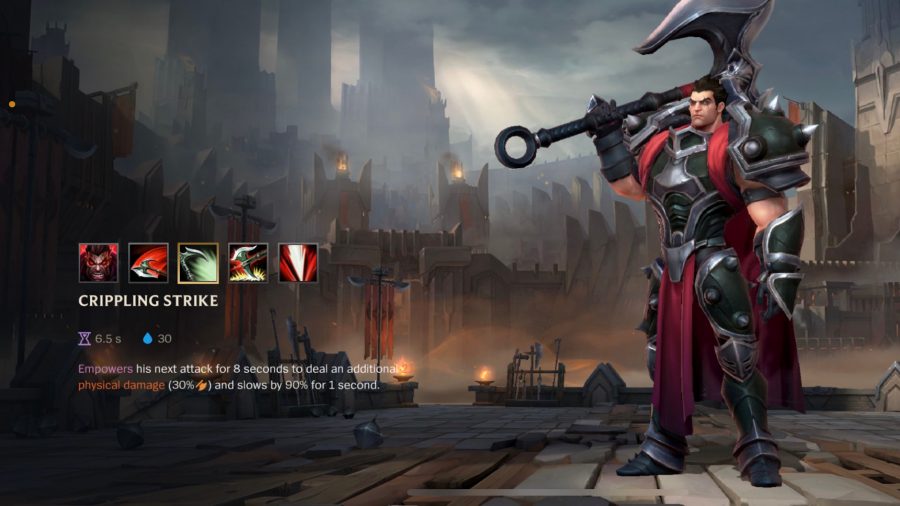 Apprehend is a skill that lets you reach out and pull enemies towards you. It’ll grab any enemies it comes into contact with – minion and champion alike. Apprehend also gives you a boost to your armor penetration.

This is Darius’s Ultimate attack. It deals out massive damage, which increases depending on how many stacks of hemorrhage the target has. The great thing about Noxian Guillotine is if it kills a target, the cooldown resets and you can use it again straight away. Learning to use it will make you pretty darn unstoppable.

This gives you an increase to your burst damage, increases your movement speed to help avoid kiting and has an impressive all round stats boost as well.

You need to be in fights for the long haul to stack up hemorrhage, and this gives you a HP boost to help you do just that.

These boots give you a stronger defense against auto-attacks. Add Glorious Enchant if you want more movement speed, or Teleport Enchant to help you split-push. 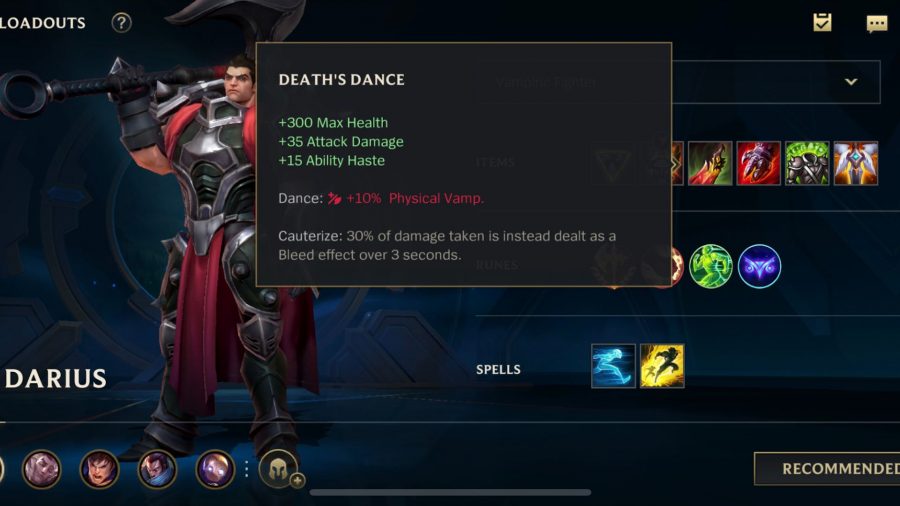 The passive skill included in the Death’s Dance will keep you alive for longer, and as we’ve mentioned before, that’s definitely something you need to do when you’re playing as Darius.

The Guardian Angel will give you a second life thanks to its resurrect passive skill.

Since you’re going to be attacking all out to stack up hemorrhage, conqueror is the perfect rune to accompany your regular thwacks.

This one gives you more attack damage and an armor penetration boost as well.

When you takedown a foe, you’ll get some HP and a tenacity boost.

This one will grant you more regeneration and some gold from eating Honeyfruits. 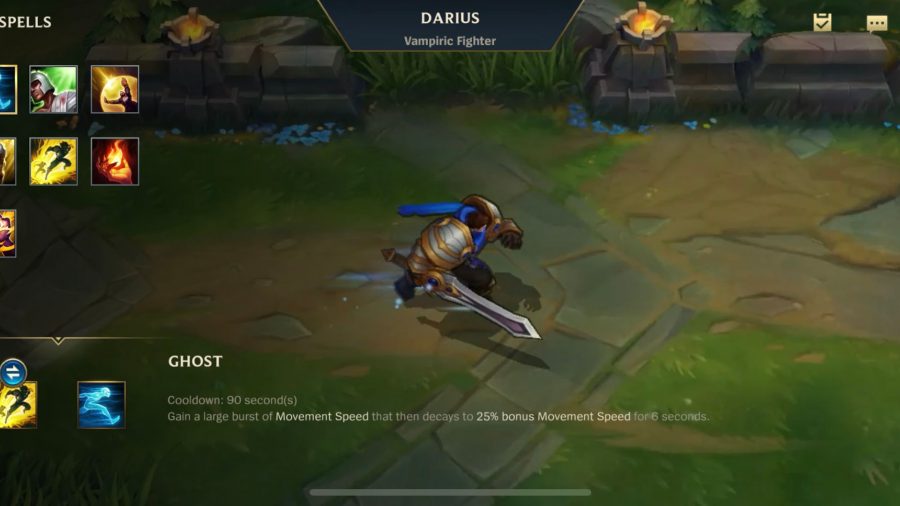 Using Ghost will help you out with Darius’s weakness against kiting. It’ll also give you a speed boost and let you phase through other minions and champions.

Using Flash isn’t just a defensive choice. You can combine it with your moves to create some incredible offensive combos.

Raid: Shadow Legends PC – how to play on the big screen

We love playing mobile games on PC, and Raid: Shadow Legends on PC is no exception- something about trading…

How each Eve Echoes beta helped bring Eve to mobile

Fall Guys on mobile: is it happening?

Table of Contents Hide Fall Guys on mobile – is it happening?What’s with all of the Fall Guys…