With Monster Hunter Rise just a few days away, it’s time to start getting prepared. There’s a huge number of deadly beasts you must hunt in order to protect Kamura Village from rampage events and to craft stronger gear from their pelts, claws, shells, and other items.

That’s where we come in. We prepared a handy list with every confirmed Monster Hunter Rise monster and will keep it updated with any brand new beasts we find on release. As of now, there are over 50 confirmed monsters, including some fan favourites such as Rathalos. 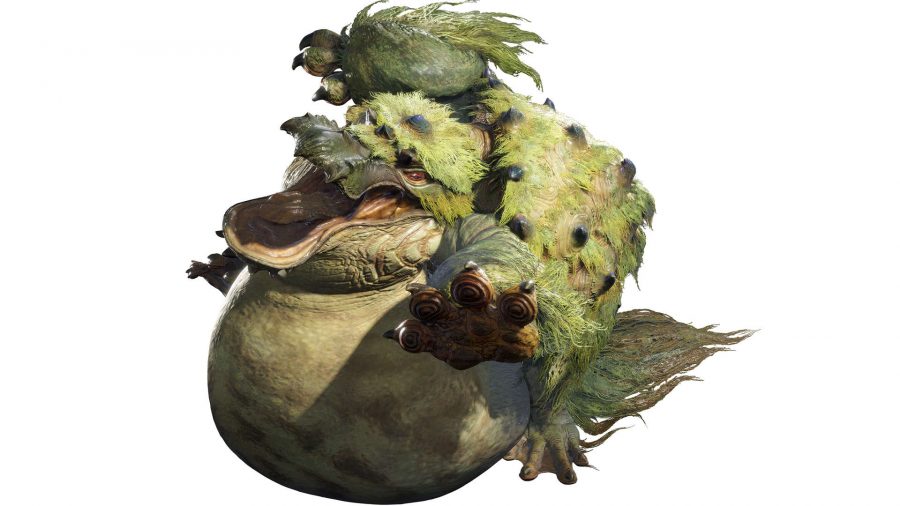 Tetranadon
The Tetranadon is a huge round monster with a face like a platypus. It swallows everything it comes in contact with, gravel and all. 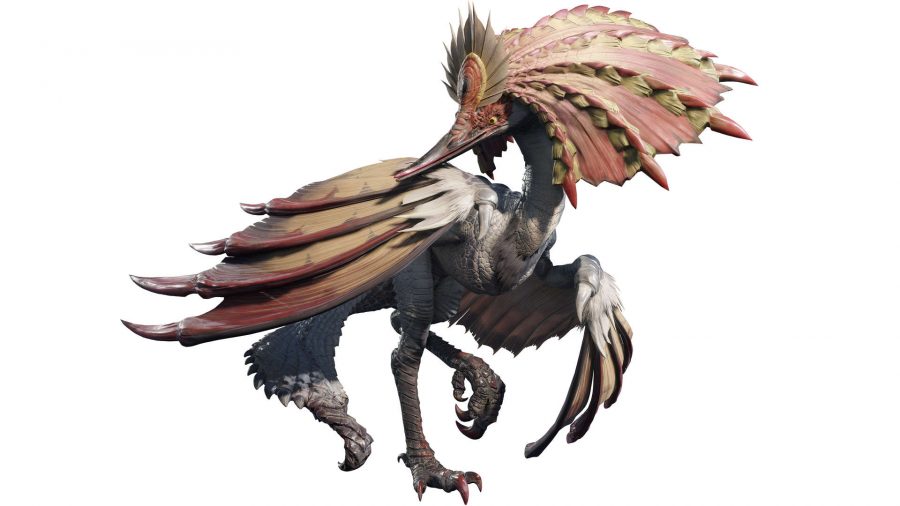 Aknosom
A huge bird wyvern that stands on one leg. Its neck ruffles make it look like a terrifying umbrella. 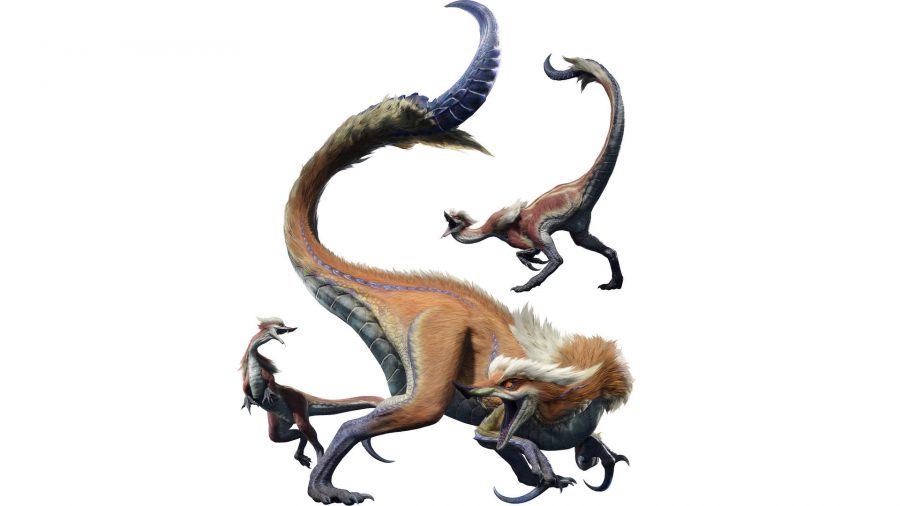 Great Izuchi
A bird wyvern with a scythe-like tail. It tends to travel in a pack with a bunch of smaller Izuchi. 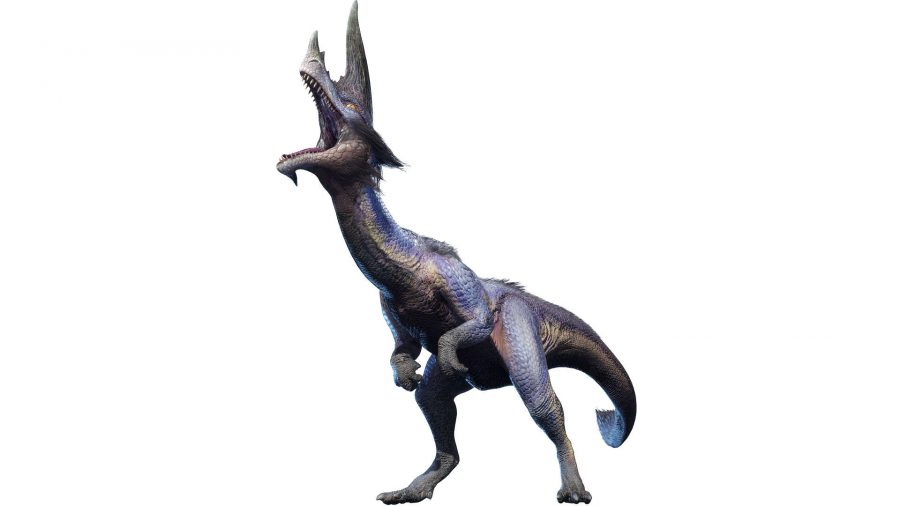 Great Baggi
The Great Baggi can stun its prey with a tranquillizing fluid. 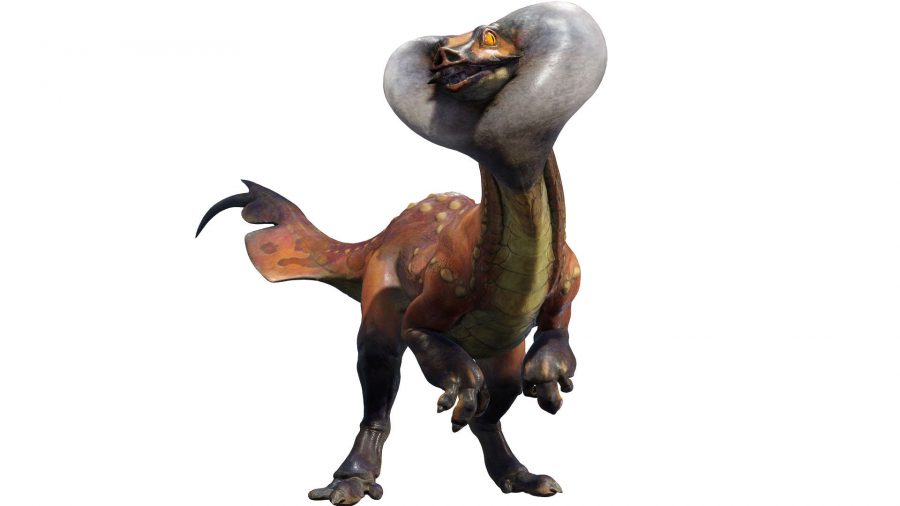 Great Wroggi
Wroggi travel in packs with the most toxic member leading the group. Back off if its poison sac expands, as that means it’s about to release a poisonous mist. 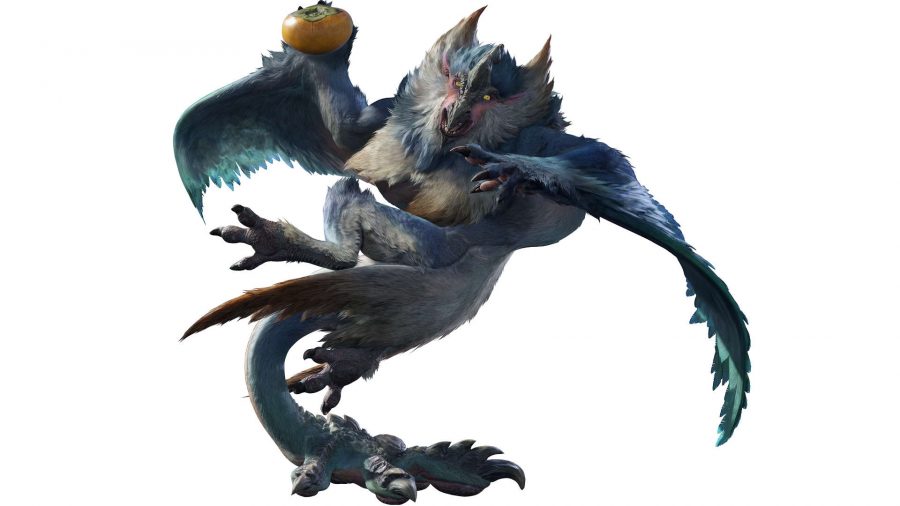 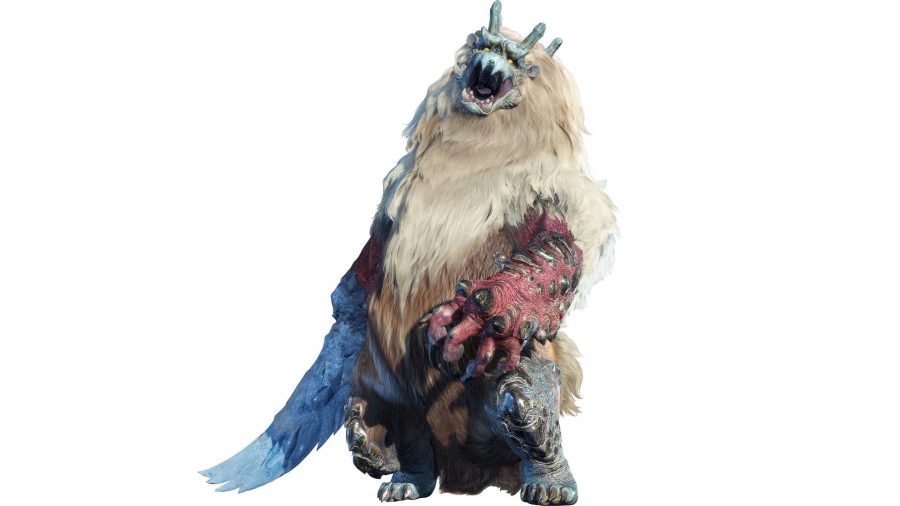 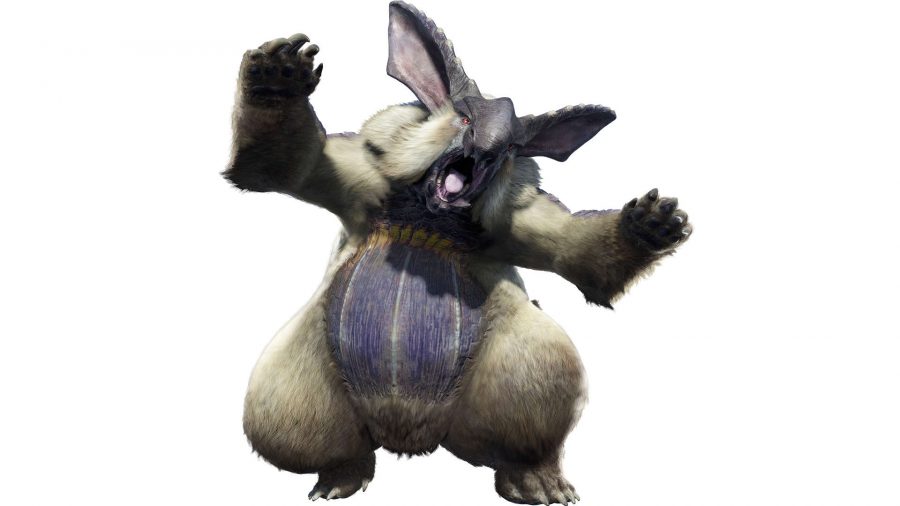 Lagombi
The Lagombi has a thick layer of fat and a gloriously warm pelt that helps it survive in cold climates. 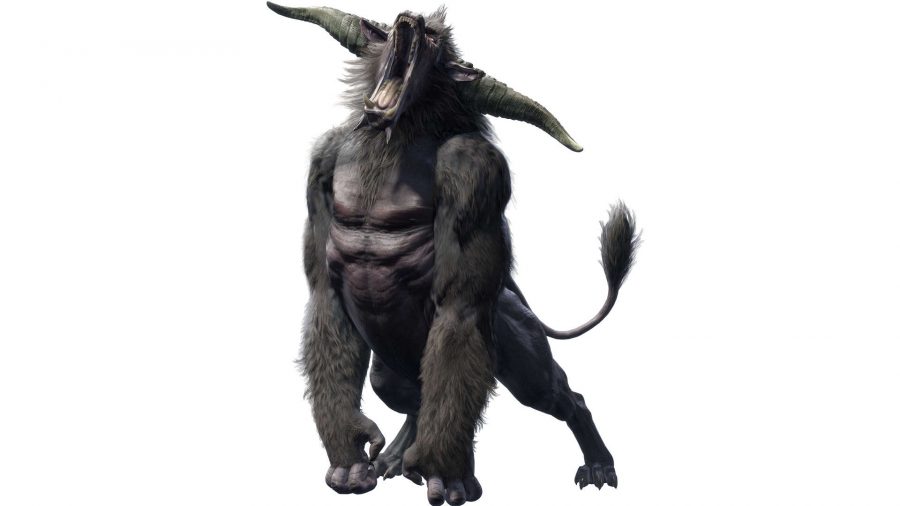 Rajang
This gorilla-esque monster is said to turn golden when enraged by a foe. 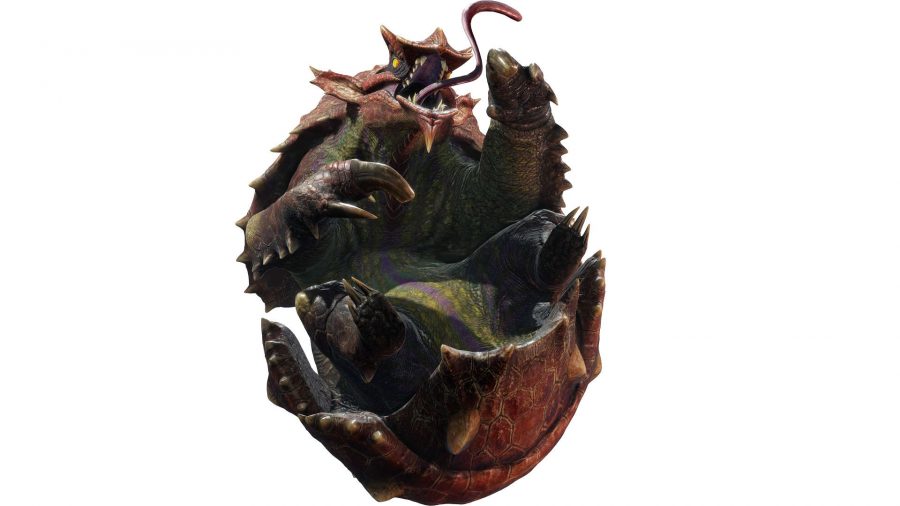 Volvidon
The Volvidon looks like a huge armadillo with a thick shell. It has an incredibly long tongue that it uses to capture its prey. 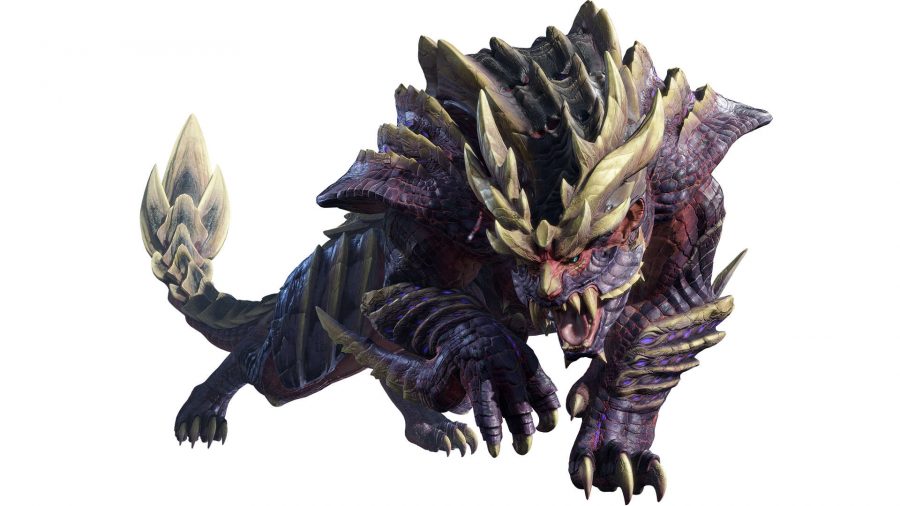 Magnamalo
The poster child for Monster Hunter Rise. Magnamalo is a huge purple monster with a thick hide and devastating attacks. 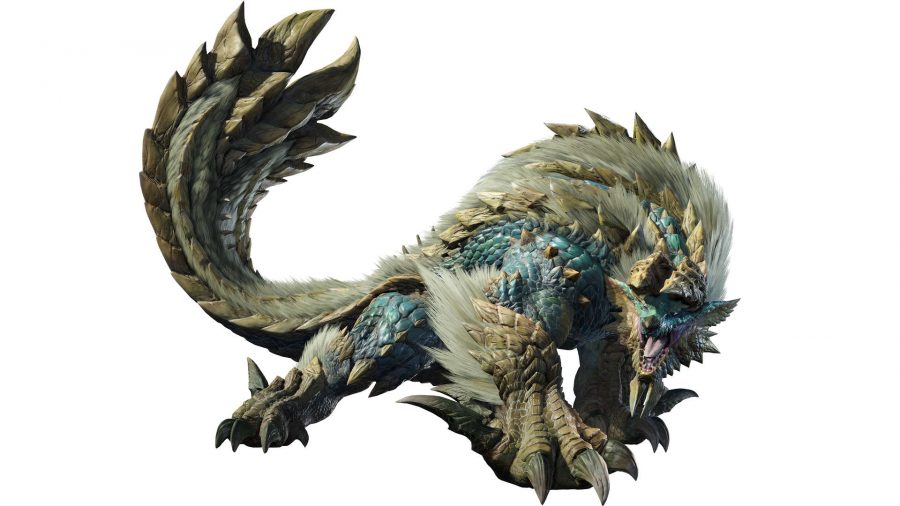 Zinogre
During battle, Zinogre gathers Thunderbugs to boost its attack and become supercharged. 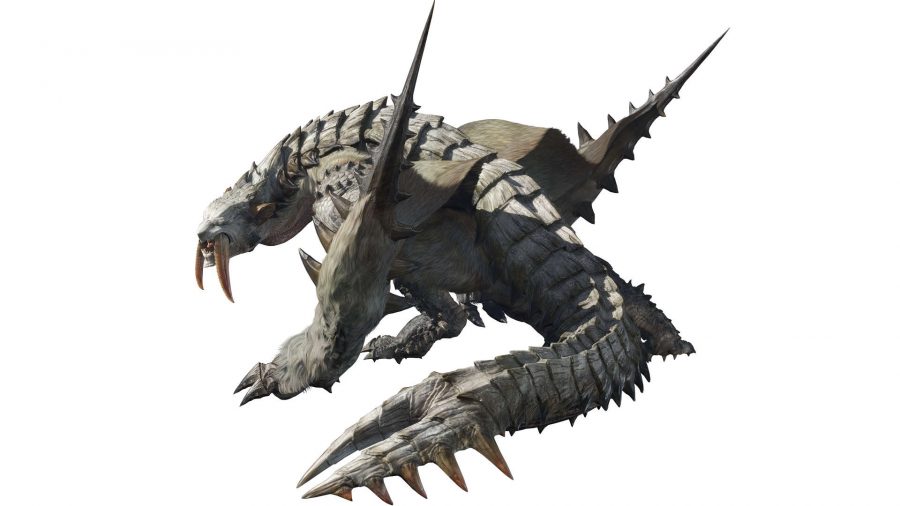 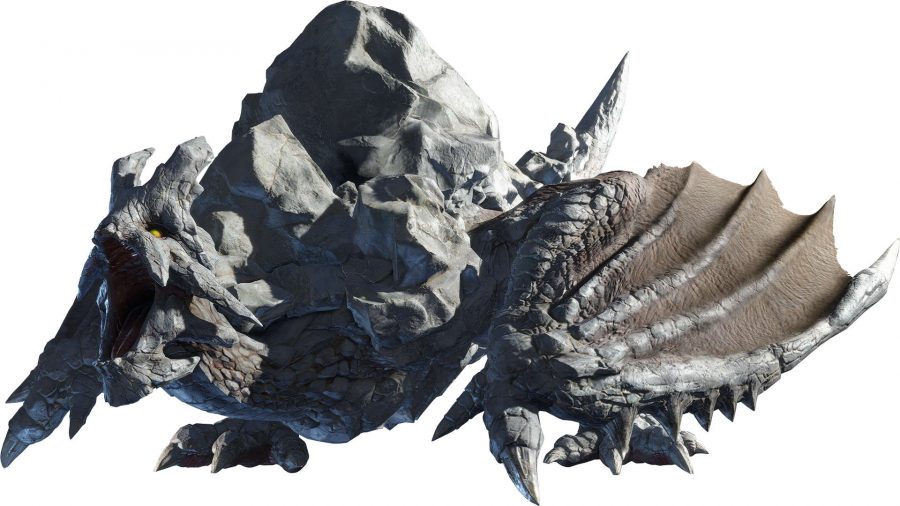 Basarios
A flying wyvern with a rocky appearance. Basarios mimics its surrounding before taking down oblivious prey. 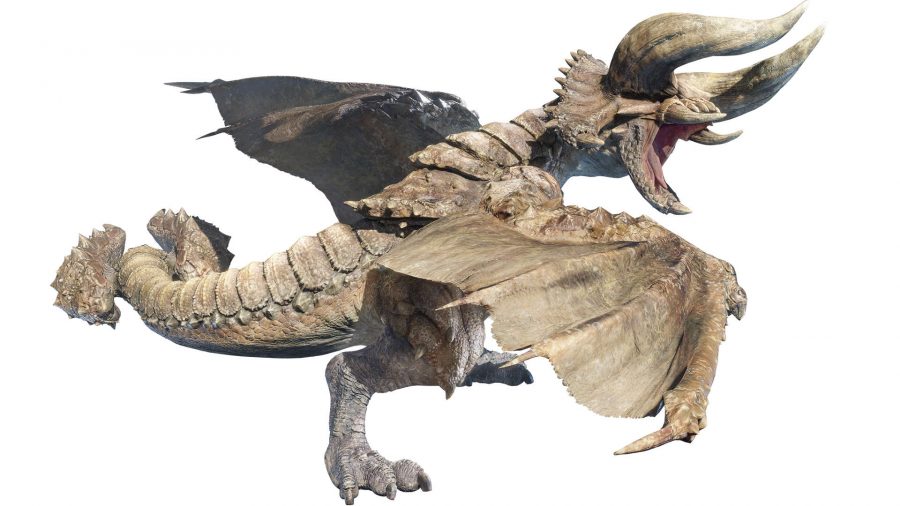 Diablos
Diablos is known for crushing hunters underneath its huge, powerful feet. 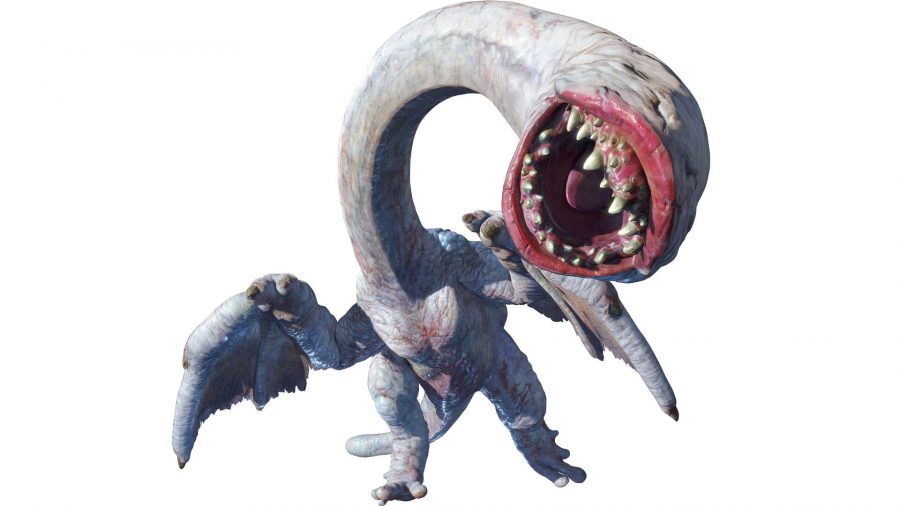 Khezu
This truly disturbing monster has a horrific, elastic neck which it stretches while clinging to walls. 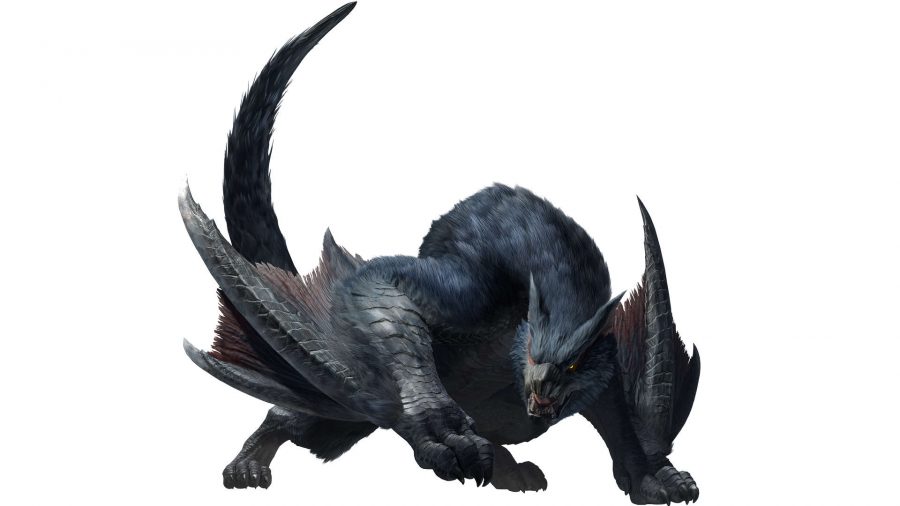 Nargacuga
An extremely fast, cunning predator, Nargacuga will run circles around you with ease. 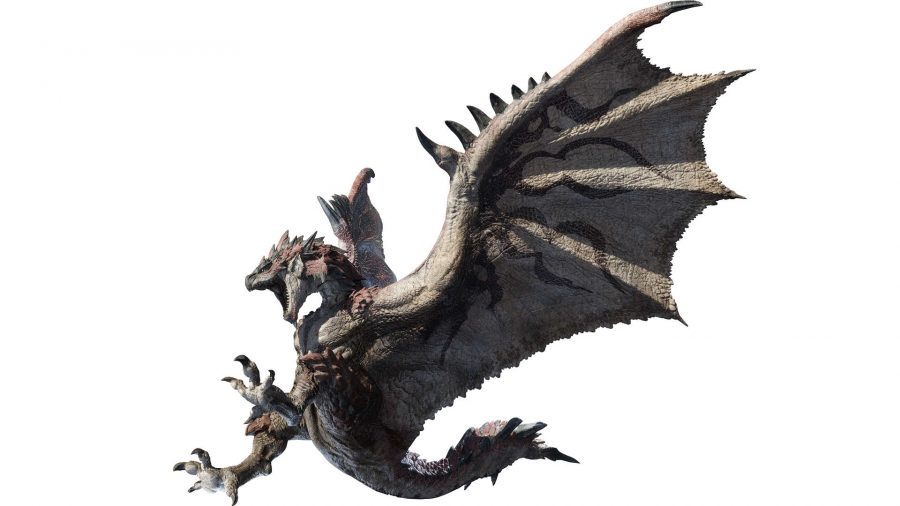 Rathalos
Rathalos has poisonous claws and fiery breath. It’s known for descending upon hunters from the sky. 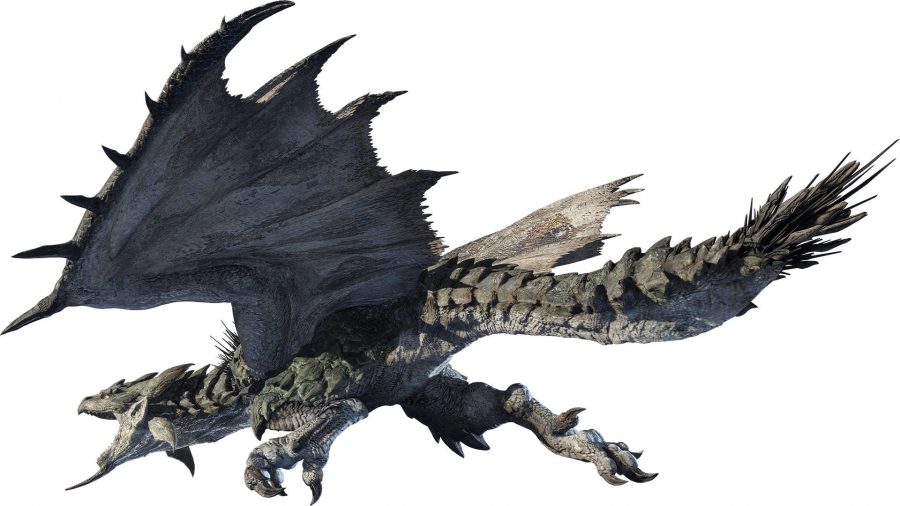 Rathian
Rathian has a poison-secreting tail and is known as the Queen of the Land.

Tigrex
Tigrex looks like a flying T-Rex. Hunters are warned to watch out for its thunderous roar.

Almudron
This monster mostly keeps to itself, however, it recently started attacking hunters unprovoked. 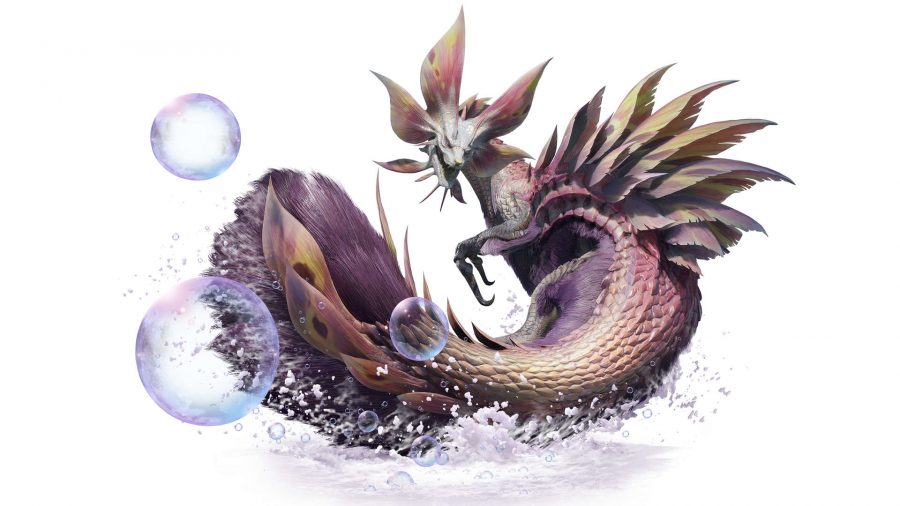 Mizutsune
Mizutsune is a beautiful creature, but don’t let this fool you! The peculiar bubbles it produces can be deadly. 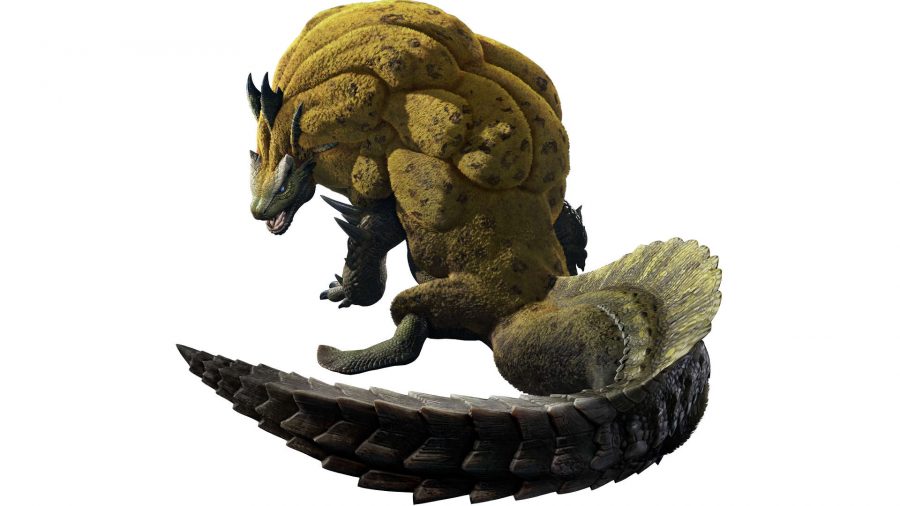 Royal Ludroth
The Royal Ludroth has a spongey mane that absorbs water. It will spew disgusting mucous onto its prey. 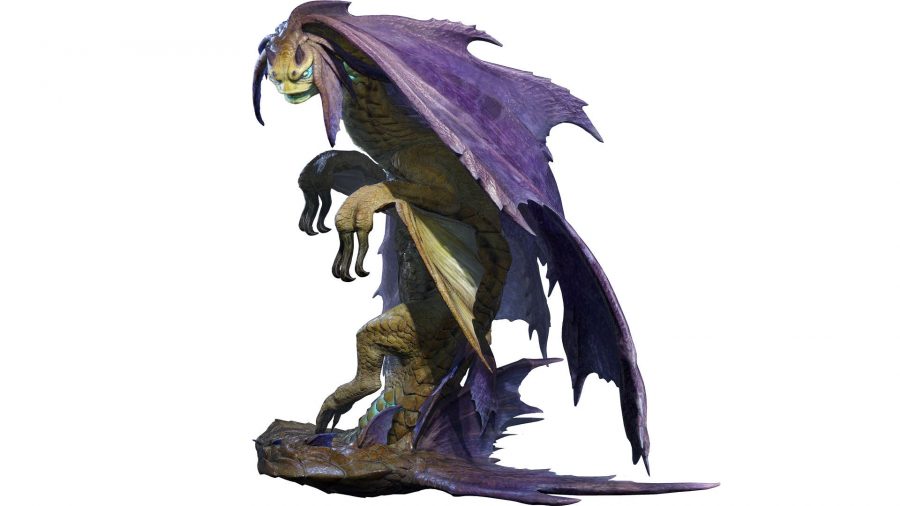 Somnacanth
This aquatic monster releases a sleeping powder from its neck to knock its prey out. 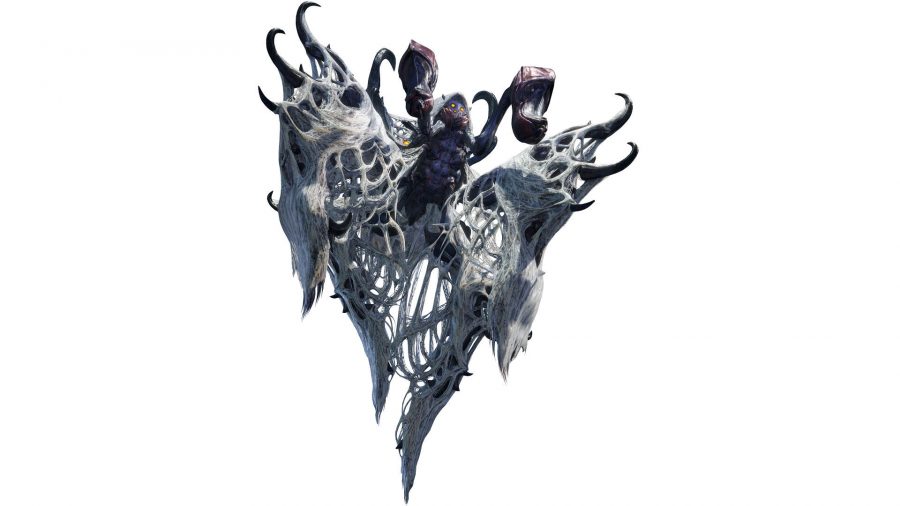 Rakna-Kadaki
This monster slows hunters with its webs before shooting a burning gas at them.

Steam Next Fest Coming In June, Will Feature Hundreds Of Game Demos

NBA SuperCard mixes together two of our favourite things – cards and basketball. It’s a game all about…

A complete history of the Roblox logo

Raid: Shadow Legends PC – how to play on the big screen

We love playing mobile games on PC, and Raid: Shadow Legends on PC is no exception- something about trading…